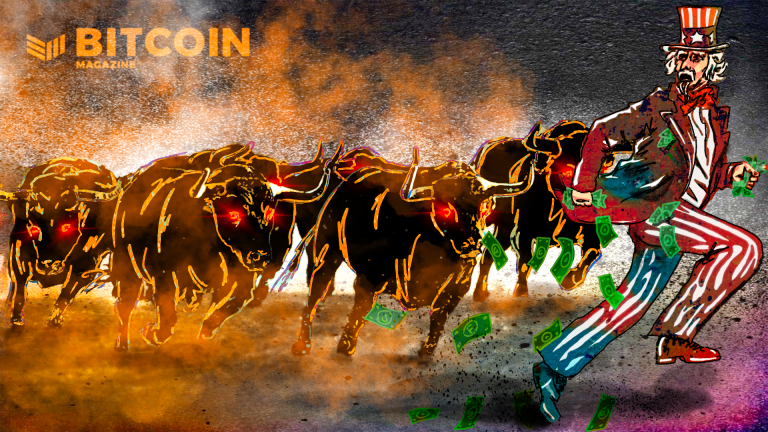 By opting into money that is built on proof of work, individuals are calling out the increasing ruling class plunder, vocally or silently.

The below is a direct excerpt of Marty’s Bent Issue #1120: “They have made plunder the norm.” Sign up for the newsletter here.

If you couldn’t tell, we’re living through a bit of a societal decay at the moment. And if we’re being brutally honest with ourselves, we’ve probably been living through a bit of a societal decay for decades, it’s just much more obvious at the moment. There are many variables that led to the current frayed society that seems lost and somewhat desperate. We can point to the money printing, a media and political class that seem hell bent on sowing division, a combination of complacency and apathy, and a number of other factors.

However, there is a common factor beneath all these factors that has created an environment where societal decay is inevitable. Furthermore, this common factor is something that man has known about for centuries and we have been warned to avoid by great thinkers throughout history; when those at the top of the economic/power structure don’t live by the same rules as those below them it will lead to an inevitable societal and moral collapse as those below the upper rungs of the power structure become privy to the unfairness of the system.

In the wake of the 2008 financial crisis the fact that we live in a two-tiered society broken up into a ruling class and its cronies who can plunder with little to no repercussions and the rest of us who do not have that ability. Or should I say, did not have that ability. It seems that we’ve reached a point where some of the “have nots” have had enough of watching the members of the ruling class run amok and are deciding to get what they perceive to be their fair share. This sentiment and follow up action is becoming pervasive in cities around the country that have neutered their police departments and decided not to prosecute petty crimes like theft. It has become increasingly popular for flash mobs to run into stores and absolutely ransack them without any fear of repercussions.

It seems that plunder became such an entrenched way of life for the ruling class in the US — as is evidenced by decades of the Fed’s ability to take advantage of the Cantillon effect, politicians taking advantage of insider trading and subsidy grifts, and the media whoring itself out to self-interested advertisers like Big Pharma at the expense of their viewers — that plunder is becoming authorized by our legal system catering to an increasingly immoral society that favors clout chasing, excess and vanity over virtue.

With that being said, there are plenty of examples to the contrary. There are many out there who recognize the injustice that exists and increasing depravity that is becoming pervasive in our society and are becoming more vocal. Calling for a return of law an order, a restructuring of the incentive games the ruling class is currently taking advantage of, and a return to logic. These people are out there and their numbers are growing, but they don’t seem as influential as those still dead set on continuing the plunder… yet.

As we’ve said many times in this rag over the last two years, it feels as if we are at a crucial juncture. We can continue to spiral into complete decay by furthering the normalization of plunder, taking our society into a darker and darker state. Or, we can encourage strong men to stand up, call out the plunder, and DEMAND that those plundering are brought to justice.

In a way, getting into Bitcoin is an action that gets us closer to justice. By opting into a money that is built on Proof of Work instead of Proof of Proximity to the monetary spigot that enables plunder, individuals the world over are standing up, calling out that plunder vocally or silently, and voting with their decision to store their wealth in a much fairer system that makes a Cantillon-style plunder impossible. Let’s hope more and more people opt-in to this system so that we can shorten the darkness.