Blockchain Crypto Market Cryptocurrency
43
No Comments
Share Tweet Share Share Pin it
Exchange balance refers to the amount of Bitcoin sitting on exchanges, and it was following a downtrend since January 2022 for both Coinbase and Binance when suddenly Binance’s exchange balance 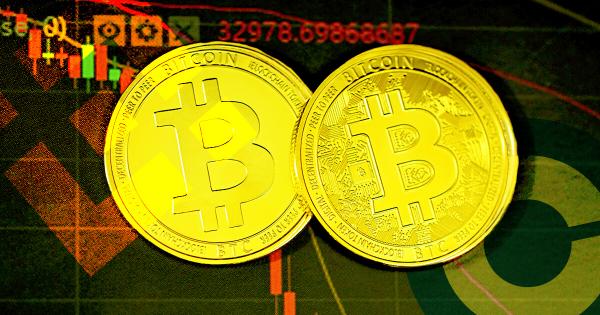 Exchange balance refers to the amount of Bitcoin sitting on exchanges, and it was following a downtrend since January 2022 for both Coinbase and Binance when suddenly Binance’s exchange balance took a turn and started to spike in May. It’s still increasing, while both overall and Coinbase’s exchange balance continue to fall.

The green line representing the cumulative exchange balance has followed a sharp downtrend since February. At the beginning of the year, there were more than 2,6 million Bitcoins on exchanges. This number is now below 2,4 million, proving a net outflow of 200,000 Bitcoins.

This means that Bitcoin supply has been removed from exchanges, indicating a long-term bullish holding tendency.

Coinbase has been following the same trend with the overall balance. The exchange held nearly 690,000 Bitcoins at the beginning of the year and fell below 560,000 in eight months.

The chart above shows the movements of coins on Coinbase. Red lines represent Bitcoins leaving the exchange, while greens indicate incoming balances. Coinbase has seen a considerable amount of Bitcoin withdrawn since the beginning of the year. Moreover, the amounts taken out doubled once between March and May; and again in July.

The fact that U.S institutions prefer Coinbase might have played a role in these transactions. When faced with a bear market, institutions are more likely to operate on a buy-and-hold basis, which might have motivated them to pull their Bitcoins out of Coinbase.

Even though getting caught on the same downtrend at the beginning of the year, Binance ended up with more Bitcoins than January. The exchange started the year with 586,000 Bitcoins, fell below 560,000 until May, and ended up at 623,000 Bitcoins as of August.

The chart above reflects the shrinking Bitcoin reserves between February and May, which then takes a turn.

Coinbase and Binance in the bear market

Judging by the news from the past few months, Binance and Coinbase are handling the winter market differently. While Binance doesn’t flinch in the harsh winter conditions and continues to put its customers first, Coinbase deals with layoffs, lawsuits, and bankruptcy speculations.

Before the coldest winter in crypto history started, Binance U.S. was valued at $4.5 billion in a seed funding round, and the exchange took the first step towards expanding in Abu Dhabi. Binance continued its investments and hiring even after the winter started. Binance’s CEO, Changpeng Zhao, even said that the company is in a very wealthy position and will start acquiring other companies soon.

On the other hand, Coinbase has been dealing with the bankruptcy wordings in its quarterly report just before the winter started. Soon after, Coinbase users lost their Wormhole Lunas while trying to send to the exchange, which Coinbase refused to help with at the time. Then, the exchange was sued by its customers and Craig Wright. In addition to dealing with them, Coinbase’s staking product is also put under investigation by SEC.

In the meantime, the exchange un-hired new recruits due to market conditions and laid off 1,100 employees after a petition against executives. Finally, according to Goldman Sachs, Coinbase’s revenue might decline by 61% due to the winter conditions, and the company might need to fire more workers to survive.

The post Binance holds the most amount of Bitcoin on exchanges after roles have reversed with Coinbase appeared first on CryptoSlate.