Bitcoin As Fiat’s Antithesis: The Future Of Finance In Hegelian Terms 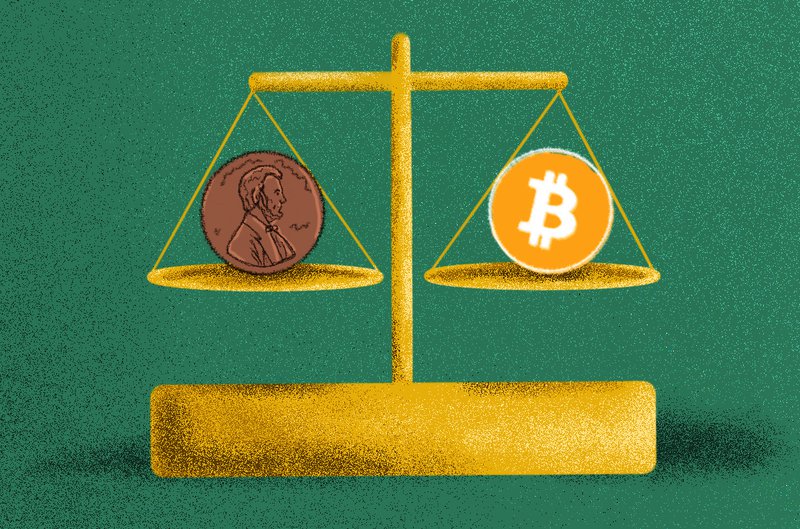 Georg Wilhelm Friedrich Hegel was a difficult man. Even his name is a mouthful to say.

With more layers than a wedding cake, the German philosopher was the human equivalent of quantum theory.

As physicist Richard Feynman famously said, “Anyone who claims to understand quantum theory is either lying or crazy.” The same accusation can be applied to Hegel’s philosophies. If anyone claims to fully understand Hegel, they are either lying or crazy, or quite possibly both. Just like the works of James Joyce, no one actually reads Hegel’s works, not because he had nothing to say, but because he was a linguistic enigma. Deciphering Hegel is like trying to baptize a cat. Stressful and somewhat traumatic.

But, somewhat mercifully, at least for the purposes of this article, Hegel’s dialectical method is easy to digest. Presented in a threefold manner, first comes the thesis, an established narrative of sorts. Think of the thesis as conventional norms: nuclear families, monotheistic religions, traditional political parties, etc. A reaction to the thesis comes in the form of the antithesis, which seeks to undermine or supersede the thesis. An obvious tension between the two arises, which, we’re told, is then resolved by the synthesis, the final part of the Hegelian triad.

As you have no doubt surmised, fiat currencies represent the thesis.

A sound thesis is supported by sound evidence. The current arguments in favor of traditional fiat are highly unsound, to say the very least. Firstly, fiat money is backed by governments, not by a physical commodity like gold, for example. Furthermore, fiat is a product of faith, and faith in fiat is incompatible with the facts.

Ever since the Nixon shock some 50 years ago, the bastardization of fiat, especially the U.S. dollar, has increased exponentially. In October of last year, Politico’s Caitlin Emma warned readers that the federal deficit had “tripled to a record $3.1 trillion in fiscal year 2020, with the budget gap ballooning to a share of economic output unseen since World War II.”

According to Emma, government spending “exceeded more than $6.5 trillion in the fiscal year that ended on Sept. 30, up from $4.4 trillion in fiscal 2019.”

This is worrying on many levels, both domestically and internationally. No world currency exists — not yet, anyway — but, when it comes to reserve currencies, the U.S. dollar is king. Now, though, the king looks frail. Worse still, he’s senile, impulsive and drunk on his own power.

A coup, in the form of the synthesis, is well overdue.

Based on a system of transparency and superior technology, Bitcoin provides a legitimate answer, a negation of the thesis, so to speak.

Tyler Winklevoss, founder of cryptocurrency exchange Gemini, certainly think so. In a recent blog post, he had this to say:

He makes a compelling case. After all, more than a fifth of all U.S. dollars ever created were created in the last twelve months. Yes, you read that correctly.

Joe Biden once said that “reality has a way of intruding.” Well, Joe, as Philip K. Dick famously wrote, “Reality is that which, when you stop believing in it, doesn’t go away.” The dollar’s decline necessitates a solution, rapidly.

Digital gold and digital oil (in the form of bitcoin) provide us with a sophisticated escape. After all, embracing non-fiat derivatives makes complete sense. Bitcoin has exposed the financial fault lines that exist in the traditional system; Blockchain technology, the often unsung hero, allows us to exploit them. John Zanni, president of the Acronis Foundation, believes that blockchain technology will have a transformative effect similar to that of the internet “back in the 90s and early 2000s.” Just like the synthesis works to negate the thesis, blockchain technology excels by cutting out the middleman.

In a recent exchange with famous investor Raoul Pal, Erik Voorhees, the founder and CEO at ShapeShift, spoke about the future of finance and the inevitable, widespread adoption of both Bitcoin and blockchain technology.

When asked about fiat currencies, Voorhees responded: “They fall apart on their own. They collapse on their own because they’re printed into oblivion.”

Describing bitcoin as a “credible alternative,” Voorhees believes that greater levels of individual autonomy will lead to a “reduction in coercive government.”

Alas, although many of us dream of a decentralized Garden of Eden devoid of any governmental gods, the reality of the situation may prove to be very different.

Regulatory creep is inevitable. It always was. This brings us on to the third and final part of the Hegelian triad: the great compromise, otherwise known as the synthesis.

Now that the world of crypto has started to encroach upon the establishment’s turf, we have started to see a greater degree of pushback.

In the world of DeFi, according to an Electronic Frontier Foundation report, “the U.S. government has been increasingly taking steps to undermine the anonymity of cryptocurrency transactions and importing the widespread financial surveillance of the traditional banking system to cryptocurrencies.” Meanwhile, in Europe, Christine Lagarde, the president of the European Central Bank, recently called for a global regulation of Bitcoin, to prevent any further “funny business” from occurring.

Commenting on Schwab, Professor Jeffrey M. Herbener, in a piece for Mises.org, wrote of the very real threat posed by a “singular global monopoly,” in which the powers that be dictate the flow of finance — who gets what, how much, etc.

As the aptly named writer Luke Savage recently commented, somewhat savagely, the world of finance is run like “a roulette wheel at an Atlantic City casino,” with those who run the table possessing the “keys to the vault.” Thus, with this power, they “always get to determine the rules of the road and who’s allowed to play.”

The Time For Synthesis?

For BTC to get an internationally-recognized seat at the table, a compromise will have to be met, whether we like it or not. Resistance is futile.

Hegel, no fan of compromise, talked about something called the totality. Encompassing a number of stages, many of them radically different in nature, the totality is the absolute whole, the cumulative effect. Hegel referred to the stages — the ingredients, if you will — as moments; After various negotiations are settled and amalgamations have occurred, the totality emerges.

When it comes to the financial totality of the future, we’re likely to have a fusion of moments from the traditional sector and moments from the blockchain-driven future, with hopefully more from the latter than the former.

Truth, Hegel said, is found “neither in the thesis or antithesis, but in an emergent synthesis which reconciles the two.”

This is the dawn of an emergent synthesis. As for reconciliation, only time will tell.

This is a guest post by J. Mac Ghlionn. Opinions expressed are entirely their own and do not necessarily reflect those of BTC Inc or Bitcoin Magazine.

The post Bitcoin As Fiat’s Antithesis: The Future Of Finance In Hegelian Terms appeared first on Bitcoin Magazine.