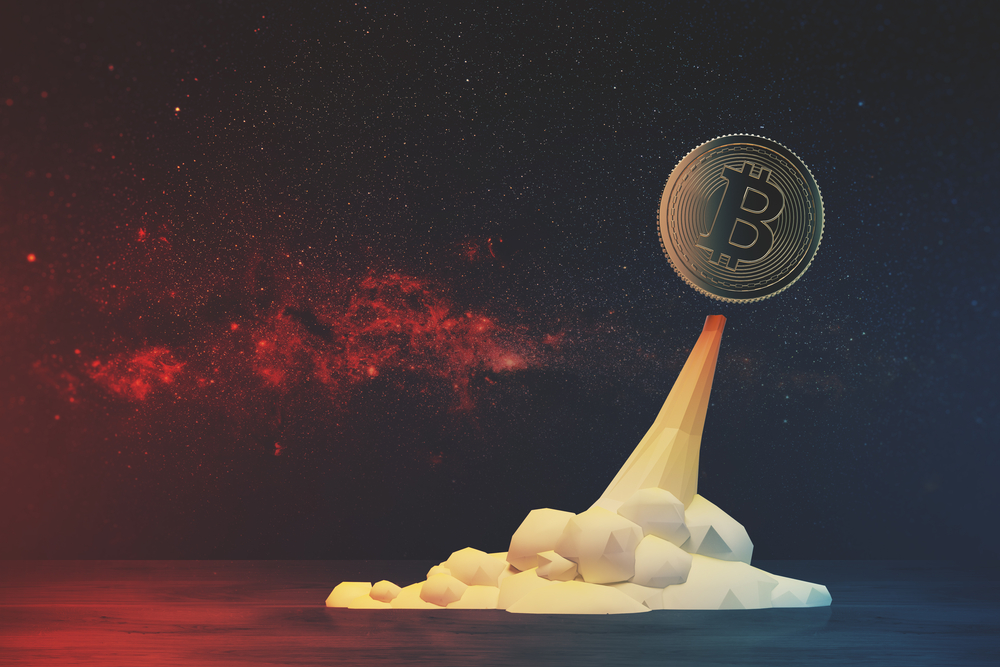 Bitcoin reversed earlier losses after Jerome Powell, the Federal Reserve chairman, reiterated the central bank’s tendency to stick with its infinite quantitative easing policies during the second day of his testimony to Congress.

The benchmark cryptocurrency ended Wednesday 1.71 percent higher to $49,737.82, having fallen by up to almost 22 percent in the previous two sessions. It opened Thursday on an upside note, rising to $50,888 in the early Asian session. Other high-cap tokens, including Ethereum and Binance Coin, also surged higher.

On Wednesday, a morning sell-off in the US Treasuries also pushed the yields on the 10-year note to slightly less than 1.43 percent, its highest level since February, before it slipped back to 1.37 percent. As of Thursday’s Asian session, the yields were higher, around 1.39 percent.

Expectations that the US president Joe Biden’s $1.9-trillion stimulus package will tend inflation have hit Treasuries.

That is because an additional US dollar liquidity into the economy erodes the cash value of the debt instruments’ interest payments. Nevertheless, a rise in long-dated yields, accompanied by a rise in real rates, signals investors’ optimism about the US economy’s growth.

But higher yields hurt corporates’ equity valuations by tampering with their price-to-earnings multiples. Companies whose earnings remain slim against their stock market valuations appear less attractive to investors. About 100 largest firms listed on Nasdaq have values 37 times larger than their earnings.

Tesla and MicroStrategy, two of the leading bitcoin investors on Wall Street, are among the ones with higher P/E ratios.

Meanwhile, the former holds $1.5 billion of the cryptocurrency in its reserves. The latter has upped its bitcoin holdings from about 71,000 BTC to a little over $90,500 BTC after putting an additional $1.06 billion into it, according to its press release published Wednesday.

NYSE-listed Square has also reported a higher P/E ratio, meaning its stock remains overvalued against its earnings results. On Wednesday, the mobile payment firm announced that it had purchased $170 million worth of bitcoin tokens.

So it appears, all the said firms expect their cash reserves to lose value in the coming sessions due to expansive stimulus packages. Meanwhile, with Mr. Powell suggesting to keep the Fed’s $120bn monthly asset purchase program and interest rates near zero, holding a depressed US dollar against rising yields seem unattractive for companies.

In turn, that helps boost Bitcoin’s anti-fiat narrative, given its scarcity against the dollar’s unlimited supply injection. Meanwhile, among investors, who expect the US economy to recover speedily, as the Food and Drug Administration approves the Johnson and Johnson vaccine for emergency approval, it has reduced their risk-off appetite.

The Dow Jones finished at a record on Wednesday amid higher risk-on sentiment among investors. That limited Bitcoin’s growth in the session. Nevertheless, analysts note that rising bonds’ yields do not affect the cryptocurrency in the long run. Jim Bianco, the president of Bianco Research, noted:

“They think it’s a reflation trade, so the path of the stock market [and bitcoin] will continue to be up,” said Mr. Bianco. “If they’re rising because earnings are coming back, people are getting their jobs back, the standard of living is going up, that’s OK.”

Bitcoin was trading around $50,000 at this press time.