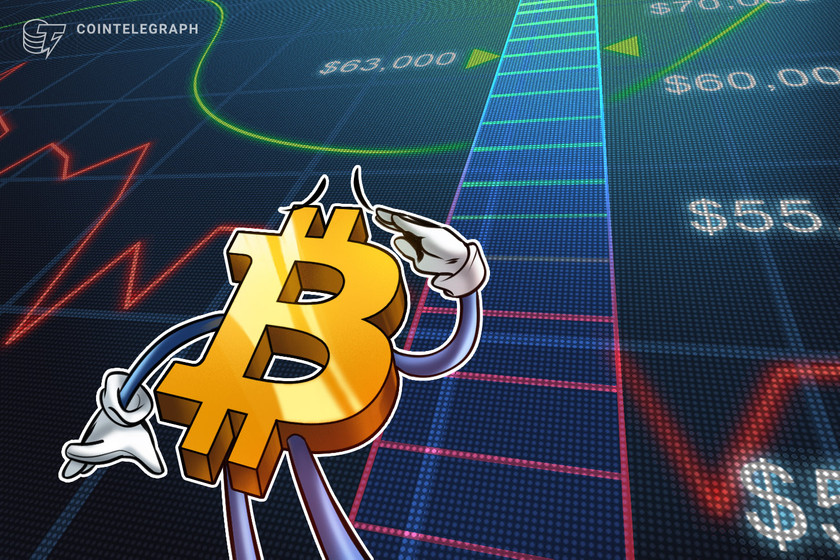 The price of Bitcoin keeps climbing higher but one key support level must hold for the rally to continue.

The psychological barrier of $50,000 finally broke yesterday after multiple tests of this level in the previous week. In addition, banks are revealing their interest in BTC and more public companies are starting to hop on the Bitcoin bandwagon as the first German company revealed its position today.

This rally could now extend to $63,000. Meanwhile, altcoins are feeling some pain in their BTC pairs as a result while Bitcoin dominance is crawling back up. The primary question is whether Bitcoin sustains this run and if altcoins will drop in their BTC pairs.

Bitcoin’s price has been grinding up in the past few weeks, establishing some potential areas of support in the event of a pullback.

The chart above shows this continuation is seen as BTC rallied toward the next point of interest. This area is found at the 1.618 Fibonacci level around $50,000. This key level is also an important psychological barrier. Bitcoin’s price has successfully cleared this resistance zone and is currently trying to climb higher.

The daily chart for Bitcoin shows the next points of interest if the rally continues. During such an upward grind in price discovery (as the current price of Bitcoin is 150% higher than the all-time high in 2017), the Fibonacci extension tool is useful for determining the next key levels to watch.

This is exactly what happened in January and so far in February. However, after such a monster run, a correction in altcoins is very likely. The BTC pairs of those altcoins should now see a consolidation period for some potential support/resistance (S/R) flips.

However, altcoins may see a pullback if BTC continues to climb. In other words, the altcoins’ USD values may stay the same, but they’ll go down in value against BTC. Traders and investors should be aware of this cryptocurrency market phenomenon. A heavy correction for altcoin BTC pairs is very possible especially if Bitcoin’s price runs to the next target at $63,000.

Crucial level to watch for Bitcoin

The 4-hour chart for Bitcoin shows one critical level to watch. Once again, the region between $47,250-48,000 is a must-hold area for higher prices. If that level fails to sustain support, a significant correction is likely to happen, possibly to the next major support zone between $43,000 and 44,000.