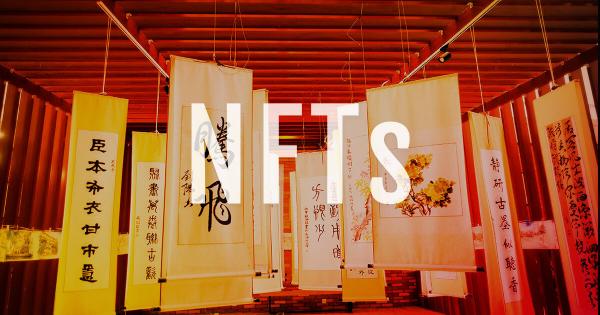 Crypto’s enemy number one, China, is preparing to roll out its own state-backed blockchain infrastructure to support the deployment of NFT-like collectibles, South China Morning Post reported.

Creating its own NFT industry

China is making moves to launch and develop its own NFT industry that is not linked to the crypto space.

BSN-DDC will enable businesses and individuals to build apps and portals to manage tokenized collectibles. It won’t, however, support crypto-transacted NFTs, and only Chinese yuan will be allowed for purchases and service fees.

The rollout is planned for the end of this month and has already attracted more than 20 partners, including Cosmos blockchain, digital receipt system maker Baiwang, and video technology service provider Sumavision.

NFTs “have no legal issue in China” as long as they distance themselves from cryptocurrencies, said He Yifan, chief executive of Red Date Technology, which provides technical support to BSN.

Despite not being illegal, several Big Tech companies decided to call their NFT projects “digital collectibles” for compliance reasons.

Ant Group, an affiliate of Post owner Alibaba Group Holding, and Tencent Holdings, were among the first tech giants in the country that hopped on the NFT bandwagon, while JD.com and Baidu followed with their own digital collectibles.

“NFTs in China will see the annual output in billions in the future,” according to Yifan, who explained that “public chains are illegal in China, as the state requires all internet systems to verify user identities and permit the regulator to intervene in the event of illegal activities.”

With this in mind, Red Date developed the open permissioned chain–leveraging an adapted solution that can be governed by a designated group.

BSN, which was founded by Red Date along with state-owned China Mobile, China Union Pay, and the State Information Centre, has already “localized” more than 20 public chains since its launch in 2018.

According to Yifan, BSN-DDC will integrate 10 chains, including the adapted version of Ethereum and Corda, in addition to domestic ones, such as Fisco Bcos, initiated by Tencent-backed fintech firm WeBank.

Compared to other single-company platforms, BSN-DDC is compatible across chains and is cheaper, explained Yifan, according to whom, issuing an NFT can be as cheap as 0.05 yuan ($0.7).

He said that “the project would turn a profit this year if it can help generate 10 million NFTs, and the actual output will surpass that based on our predictions.”

Yifan predicts the biggest market in certificate management, such as car license plates and school degrees.

“In NFT-based vehicle plate management, the car owner, government and insurer each have access to data such as mileage, engine number and repair history, and each is aware of the other’s rights,” he explained.