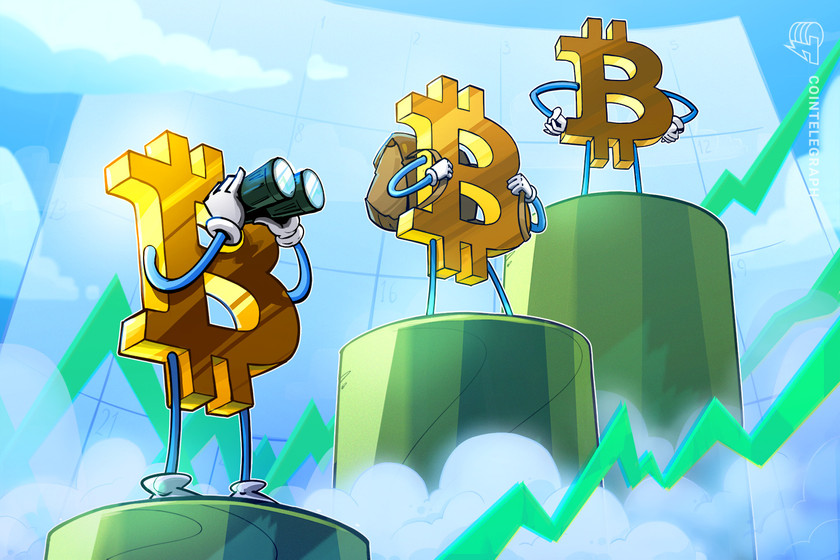 A fundamental shift in technicals suggests that bulls should treat $48,000 like the new $35,000, says Glassnode.

Bitcoin (BTC) has seen “unreal” price consolidation since the start of February 2021 — and fundamental support is now at $48,000.

According to on-chain monitoring resource Glassnode, the second month of the year has been a formative period for Bitcoin like no other.

Discussing the current state of the Bitcoin network, co-founders Yann Allemann and Jan Happel said that many price indicators had been allowed a “reset” in February.

“The amount of consolidation Bitcoin has seen since January is unreal. It really allowed fundamentals to catch up and indicators to reset,” they wrote in a tweet on Feb. 17.

The buoyant perspective adds fuel to the bulls hoping that $50,000, a level Bitcoin took for the first time this week, will form a solid foundation without a major correction.

Despite wobbling around the $50,000 mark, any drops were quickly bought up, indicating solid buyer support in place at higher levels regardless of the pace of price gains or any negative external narrative surrounding Bitcoin.

“Under capital flow models, it would take a black swan to break $36k on a daily close,” statistician Willy Woo added in response to the Glassnode findings.

He described Bitcoin’s current position as being in the “middle phase” of a bull market.

Allemann and Happel were meanwhile not alone. In his latest appearance on the podcast series from “The Bitcoin Standard” author Saifedean Ammous at the weekend, Michael Saylor, CEO of MicroStrategy, claimed that Bitcoin would not see another 80% price pullback like in 2018.

“The volatility is not the same; if you look at the drawdowns, they’re not the same,” he told Ammous.

As Cointelegraph reported, MicroStrategy plans to purchase another $900 million of BTC in the short term as per an announcement this week.