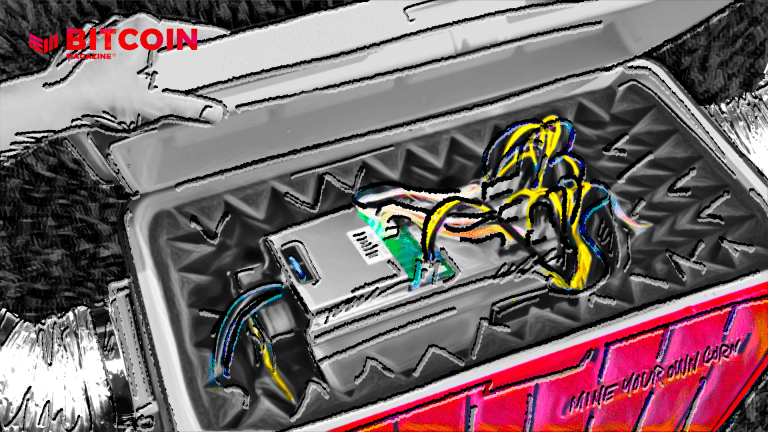 Home and apartment bitcoin mining is enjoying a wave of popularity right now as bitcoiners recognize all the positive spin-offs of mining at home — home heating, greenhouse projects, and just plain being part of the bitcoin revolution.

A number of companies including Compass Mining, Kaboomracks, and Scott Offord have stepped in to try and meet the increasing demand. Upstream Data is marketing its new Black Box designed for home mining and will start shipping in early December.

Many enthusiastic, would-be home miners in combination with supply chain delays have backed up sales causing companies to warn of long delays in delivery times.

Kaboomrocks, based in Houston, Texas, is currently advising customers it will be assuming longer 4 and 5 week delivery times.

In a recent interview with Bitcoin Magazine, Kaboomracks VP Nick Foster told us:

“We’re very overwhelmed. We have more orders being made per day that we can fulfill per day. We’re working and hiring to solve these problems. Often we miss orders because we can not close every sale fast enough.”

Kaboomracks got its start in 2017 dealing in used ASICs. Most of their sales were for companies getting set up. Now Foster estimates that 50% of their sales currently are retail for potential home mining.

The combination of high demand and supply chain snags is keeping Kaboomracks on its toes. One experts’ prediction on when we can see supply chains get back to normal is for the end of 2022.

Foster is seeing the international shipping backlogs continue through early next year and understands the frustrations of other companies trying to meet their commitments to clients.

“It’s pretty common to have messed up timelines as a lot of the manufactures don’t really have many penalties for shipping things late combined with an international shipping nightmare, it’s pretty hard to meet any forecasted target,” he said.

Kaboomracks has been able to manage better than some and Foster credits his company’s approach starting in 2017, saying:

“Kaboomracks has really been a grassroots organization growing slow and steady.”

Over the past few years, they’ve been able to build up contacts in the large manufacturing companies and now have preferential access to buy large quantities.

“We also use trusted partners in China to get us access to small quantities of machines and rare and unique machines,” said Foster.

Foster said they’ve found both MicroBT and Bitmain to be “incredibly reliable”. In addition, he told us:

“A lot of home miners like to purchase an older generation machine from 2017, which is the Bitmain antminer S9. There are several reasons for this; it’s appropriately sized for existing circuitry inside of a home, it’s got plentiful firmware support from third-party vendors that have brought new life to the machine such as vnish and braiins, and it’s one of the only miners that ships with 120V power supply. Meaning you don’t need to rewire your outlet in your home as you could start without even calling the electrician.”

In a recent article, Econoalchemist outlines a series of events that he believes helped put home mining on people’s agenda.

What he calls “a small, modest Bitcoin mining operation at home with the intent of dollar-cost averaging (DCAing) non-KYC bitcoin through your electricity bill.”

His thesis is that people are looking for non-KYC mining to balance the increasing control of bitcoin by large institutions is “opening the door to ESG initiatives, carbon credits and regulatory dangers that make me believe this is an attack on Bitcoin.”

Foster is not so sure – he sees a lot of people interested in mining but not trying to start a revolution.

“KYC is a concern for the home miner in some situations. we generally record info but don’t verify their identity in a definitive way, if someone purchased a miner as ‘miner mcminerface’ I don’t think we’d investigate it. The majority of our customers are companies and are more than willing to share their accurate information,” said Foster.

How does Kaboomracks see things unfolding over the next few months?

“We just want to be able to stand behind agreements if we make them. That’s the hardest part about this is preventing scenarios where you are substituting equipment. It’s very common in this industry to promise model a and ship model b,” he told us.