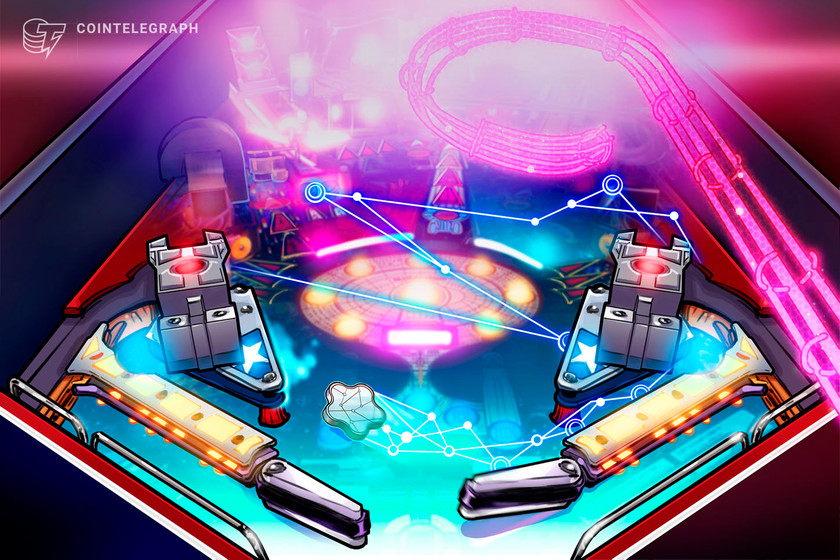 Specifications on Zilliqa’s “user-friendly” console are yet to be revealed, but a prototype design resembling an Xbox console has been released.

Blockchain company Zilliqa is launching a Web3 focused console with a cryptocurrency wallet and mining capabilities, along with featuring gaming titles from the company.

On Sept. 23, prototype images were released showing an array of ports including HDMI, Ethernet and USB connections, although full hardware specifications and the price of the unit remain guarded. The console itself looks similar to something from Xbox, but has two green panels on the top.

The #Zilliqa gaming console seems to be taking a page form the OG Xbox playbook by putting letter into the hardware design.$ZIL #web3 #playtoearn pic.twitter.com/mln1kiUrwD

Zilliqa has said the console is geared toward user-friendliness and similar to conventional gaming titles will incentivize users to complete gaming missions, quests and tasks to mine its native token ZIL as a reward.

Beta testing on the console starts in October, with units expected to be available for pre-order in the first quarter of 2023. Zilliqa is a layer-1 blockchain designed for creating smart contracts and decentralized applications (DApps), it has 15 gaming projects according to its website.

In July Web3 gaming startup Polium announced its similar console, “Polium One”, supporting gaming non-fungible tokens (NFT) across eight blockchains, although the Polium One isn’t set for release until Q3 2024.

The bundle includes a physical comic book cover and Funko figurine for DC Comics “The Brave and the Bold,” known amongst fans for introducing the concept of the popular “Justice League” superhero team, along with a matching Funko “Digital Pop!” NFT.

The collection is limited to 30,000 units and will debut during Walmart’s Collector Con in October, the NFTs will mint on the WAX blockchain.

Funko has continued to expand the NFT counterpart of its flagship “Pop!” figurine line which started in Aug. 2021 with a Teenage Mutant Ninja Turtles collection. Funko CEO Andrew Perlmutter has stated the company is creating NFTs to meet demand from younger collectors who value digital goods and assets.

Chain has partnered in a multi-year deal with Kraft Sports + Entertainment, the owner of both professional teams and the stadium, to develop what it calls “state-of-the-art Web3 experiences” using Chain’s product suite, but didn’t provide exact details on its plans.

Chain CEO Deepak Thapliyal did state however that the company is aiming to “build cutting edge experiences for stadium visitors” as part of Chain’s product lineup includes support for NFTs.

The filings reveal plans for the star to create audio, video and music files “authenticated by NFTs” along with “blockchain based non-fungible assets” such as virtual avatars, clothing, beauty products, other virtual merchandise and “crypto collectibles.”

Part of the application also mentions Aguilera providing musical performances, concerts and games “in the Metaverse and other virtual environments.”

NFT marketplace OpenSea announced the implementation of OpenRarity on Sept. 22, a protocol that provides verifiable rarity calculations for NFTs within its platform. The protocol uses a transparent mathematical approach to calculating rarity.