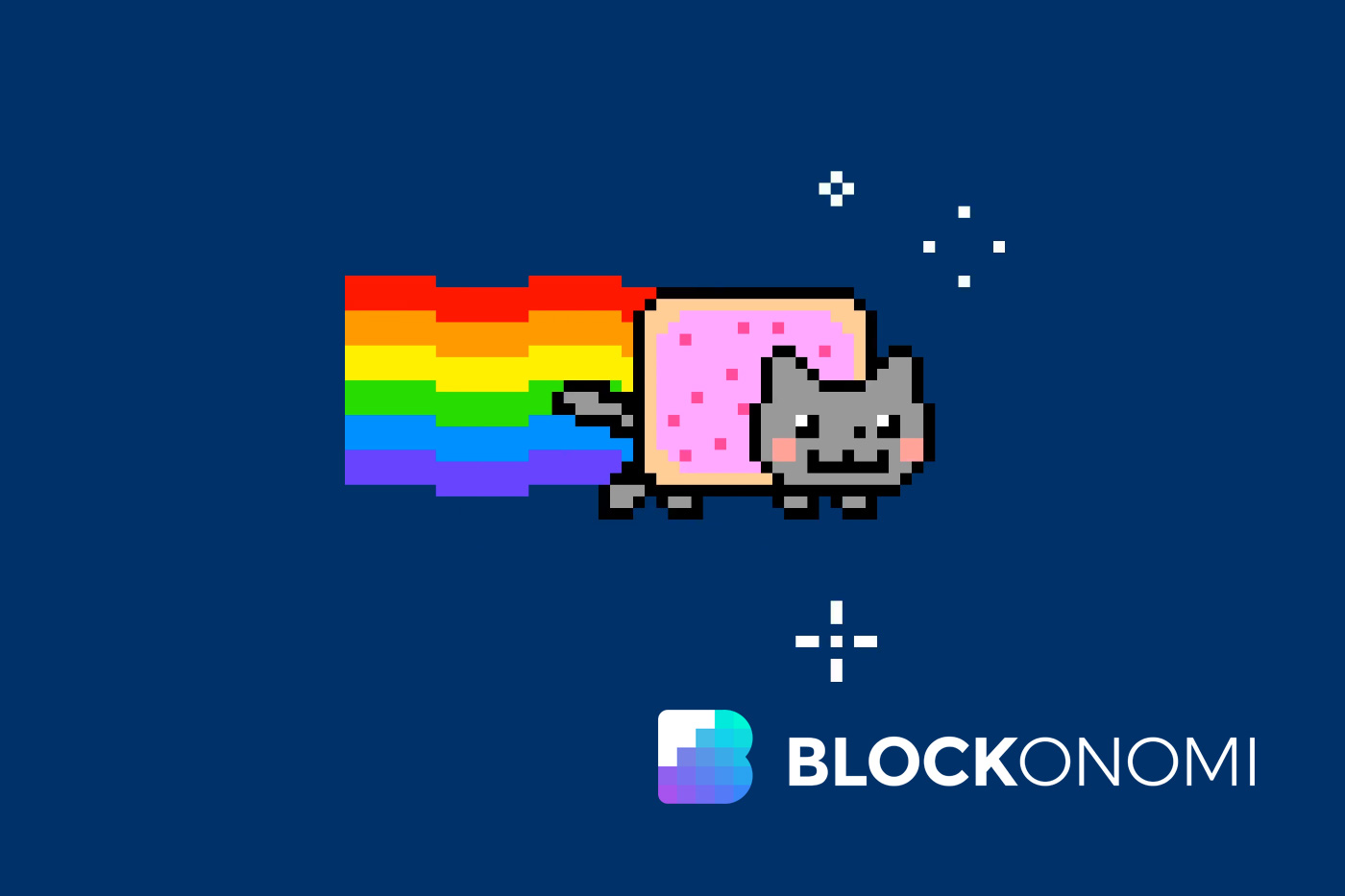 The Nyan Cat animation was initially uploaded to YouTube back in 2011 and achieved viral fame ever since. Now, a remastered version for its 10th anniversary has been auctioned via NFT platform Foundation for 300 Ether, about $515,817.

The original video has reached over 185 million views on YouTube and spawned multiple iterations of the original character, such as Smooth Jazz Nyan Cat, Mexican Nyan Cat, Retro Nyan, and many more, becoming one of the most recognizable memes of all time.

Chris Torres, Nyan Cat creator, and owner of the trademark referred to the auction in an interview with the website Know Your Meme:

“Nyan Cat is more than just a GIF, it’s now an important part of internet history. I’m hoping by doing this it will open the floodgates to a whole new economy for meme creators and artists to validate their work.”

By using Non-Fungible Tokens (NFTs) to distribute art, content creators like Torres are able to capitalize on their art while buyers ensure they are receiving an authentic piece of digital art, the same principle applied in the traditional art market that grants more to original pieces than their copies.

Celebrities are Jumping on the NFT Bandwagon

In recent months, the Nonniche has seen growing popularity among celebrities with the likes of Lindsay Logan minting their own tokens and selling them in NFT markets. Back in early February, the actress sold an NFT with an image on her face for over $17,000 which was later resold for $57,000.

Lohan is now selling a Daft-Punk NFT for 8.8 ETH, which is around $15 at this time. The actress has also expressed her support for cryptocurrency and Decentralized Finance by Tweeting: “Exploring #DeFi and already liking $JST, $SUN on $TRX. Super fast and 0 fees. Good job @justinsuntron”

Joel Thomas Zimmerman, a Canadian DJ known professionally as Deadmau5, has also released its own NFTs since December of 2020. The first collection launched by the artist contained 6000 NFTs selling at over $100k

Other content creators who are getting involved with the industry include Justin Roiland, the co-creator of the popular show Rick And Morty, who launched an NFT collection in the Nifty Gateway platform. The artwork sold for over $1 million worth of ETH.

While NFTs are widely used for the creation, distribution, and exchange of collectibles such as NBA Top Shots, which recently resulted in $32.4 million worth of cryptocurrency trading volume in 24 hours, they are not limited to this application.

The “unique” nature of NFTs gives them the ability to represent tangible or intangible assets such as real estate, insurance policies, certificates of authenticity, IDs, etc. This means that the potential applications of the technology are endless, as it’s just a matter of finding the right way to integrate the technology in other sectors.

NFTs have gained popularity among the gaming community as they can represent in-game assets, which in most cases are no different from collectibles. However, the added interactive-nature of the game allows NFTs in gaming to serve different purposes beyond the merely aesthetic.

Videogames like Decentraland and the Sandbox are making use of NFTs to represent ownership of digital land, an application that could easily be replicated with actual real estate out of the digital realm, with the added benefits of immutability, divisibility, increased security, and transparency.

Justin Blau, a DJ that goes b the name 3LAU, used NFTs to distribute an exclusive collection of his music.

These items included a limited edition physical vinyl, unreleased music unlockable with the NFT, and custom songs, showing another application of NFTs that could revolutionize the music industry at a time when artists struggle to capitalize on their art by selling their songs.

Over the past few months, new applications of NFT have found a way to “liquify” all kinds of digital and non-digital assets, giving them value beyond what they were created to represent.