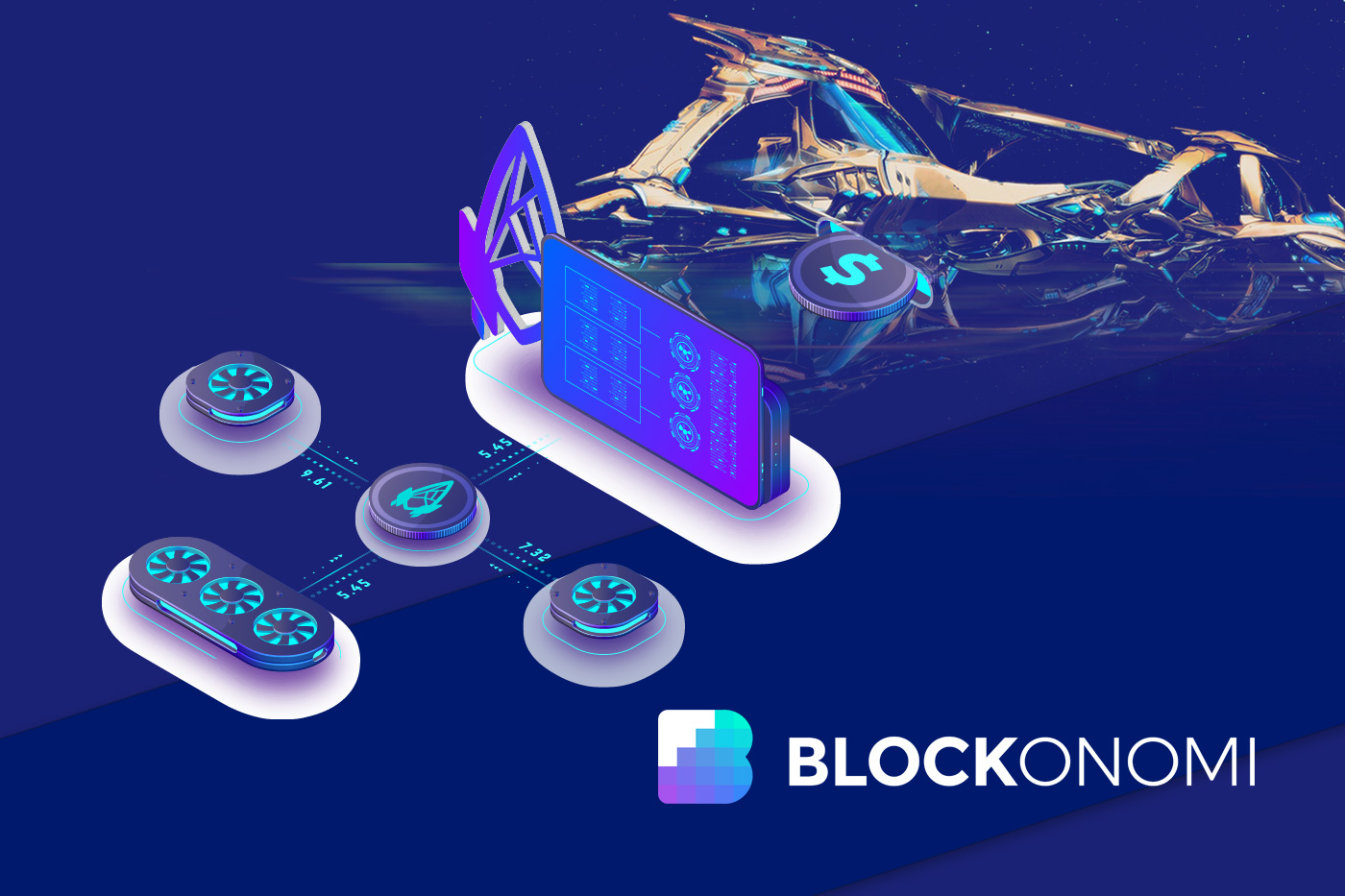 Pylon.finance is a newly launched project that aims to create profits from Ethereum and the Decentralized Finance (DeFi) ecosystem, while providing an independent mining platform and token that is less influenced by the open market.

Working towards that vision, Pylon.finance was announced in June 2020, introducing an efficient and competitive way of mining and yield farming ETH.

Pylon.finance stands out from other DeFi networks by building a token backed with “tangible real-world income-generating assets”, and using its GPU mining asset to generate value. Pylon.finance has one of the largest GPU mining operations in the USA.

The $PYLON token is also unique. It is only semi-correlated to the price of Ethereum, which makes it more stable regardless of unexpected market fluctuations. While the price of ETH may fall, the profits from the mining operation won’t fall at the same rate.

Even in a bear trend, $PYLON’s price can be maintained compared with other cryptocurrencies.

What is Pylon.finance All About?

The founder of Pylon.finance is pseudonymously known as Grim Reaper, and together with a team with 6+ years of experience running the US’s largest GPU mining, the team has brought $PYLON to the market.

The team is dedicated to the project, as none of its members receive a distribution in the released tokens or any other compensation.

As the founders are equal to normal users, the team members will likely adhere to the ultimate goals of the project – as they would receive nothing if they left.

One more remarkable strategy that Pylon.finance uses is a 100% crowdsourced implementation without any traditional advertising.

According to statistics, despite no presale, and no ICO, the project was able to gather $1.15 million USD completely by word of mouth. Besides Pylon.finance, the team also started seven other farms to create a wider community in the crypto mining sphere.

The $PYLON Token is Built to Earn

$PYLON is the utility token issued by Pylon.finance, and it also allows its holder to earn along with the mining platform.

The $PYLON token takes a portion of GPU mining profit and adds it to weekly buybacks for buying $PYLON that ends up in the hands of token holders. This mechanism empowers token holders and helps to keep market movements in check.

The token was launched in the 3rd quarter of 2020. $PYLON is fixed at a total amount of 8,400 and was distributed entirely by word-of-mouth marketing.

As there was no presale, no initial coin offering, and no predetermined allocation for the developing team, everyone had the same shot at buying the token.

GPU mining is a very popular method for crypto mining, especially for Ethereum, one of the largest cryptos in the world.

Unlike other networks in which mining profits are substantially affected by the ETH price and market movements, Pylon.finance nourishes its GPU mining and yield farming from its own income generated by the real-world tangible mining farm.

Pylon.finance’s GPU mining works with staked $PYLON tokens or the $PYLON/ETH liquidity pool tokens in its vault, which receive rewards in ETH from fuel fees when mining Ethereum.

The new ETH earnings are used to purchase $PYLON from the open market and distribute them to stakers. This repeating cycle, so-called Buybacks, will keep the entire network growing constantly and enlarging the total value for token staking.

How to Join and Earn With Pylon.finance

Newcomers can take part in Pylon.finance either as a miner or a liquidity pool (LP). After staking $PYLON or PYLON/ETH Uniswap tokens into the network vault, it goes to GPU mining farms where ETH transactions are mined and holders can earn rewards from gas fees.

As one of the largest ETH mining operations in the USA, PYLON runs at a speed of about 1 billion KH/s, and is able to generate over 2,600 ETH per day (according to records on the ETH mining pool hub).

Then, the buybacks will utilize the ETH rewards to purchase an additional $PYLON to add to the circulating supply and raise the value of tokens held by users.

Initially, there was a crowdsourced seed of $1 million USD placed in the PYLON GPU vault, with the Annual Percentage Yield (APY) at 33%, equivalent to $324,000 USD in buybacks.

Over time, the mining size will be scaled-up further with more value-added for every holder.

With new features built into its platform, Pylon.finance is confident that it can create benefits for both the business sector and individual participants.

Pylon.finance not only provides a focal point for crypto projects to connect with GPU mining with real-world asset backing but also gives crypto investors freedom to do mining and trading in new ways.

Many existing DeFi networks are demanding that existing users attract new members to sign up and contribute to the mining operation. Pylon.finance doesn’t use this approach at all.

With its unique Buybacks mechanism, new money will continue pouring into the Pylon ecosystem along with the mining process, ensuring the value preservation of $PYLON token.

This design makes Pylon.finance a fascinating option for crypto holders as well as traditional investors who prefer safer ways when investing their capital.

Currently, Pylon’s users can earn an APY of up to 250% and no less than 33% in a downtrend. The Total Value Locked (TVL) will keep rising as more tokens are bought via Buybacks.

As it is backed by real-world tangible assets, it is impossible to copy or replicate $PYLON tokens, which means it is non-forkable.

There is no way a single user could manipulate a majority of tokens on Pylon.finance. In addition, in order to prevent code tampering, a protocol was deployed to burn the admin keys $PYLON token was launched.

The team at Pylon.finance put a lot of thought into how to build a solid system, and from the looks of it, they have created a very attractive way to invest in the future of ETH.

Pylon.finance is seizing good opportunities to overcome other DeFi platforms, and offer the market a unique value proposition.

Thanks to the real-world assets backing for its token instead of arbitrage or collateralization, as well as the magic of Buybacks, the network has unlimited buying pressure which opens up scalability and long-term viability.

Despite a low initial coin supply potential of Pylon is high, and the $PYLON token may gain a substantial amount of value. It also creates real returns, which many tokens can’t match.

The platform has so far saved 1.15 million USD into its GPU vault, and whenever a new member participates and stakes $PYLON tokens, he/she can start to benefit from dividend payments and Buybacks in no time.

According to Pylon’s founder’s prediction, ETH will undergo a pump to exceed USD 2,000, followed by a correction period, mostly depending on the market forces.

This prediction appears to be coming true, as ETH is trading above $2,000 USD at the time of writing.

In the 1st quarter of 2021, Pylon.finance will continue to widen its real-world mining operations based on the existing resources, while putting effort into generating more income for long-term growth.

To keep up-to-date with the latest developments, you can visit its website or join Pylon communities on Telegram, Twitter, or Discord.