State of Crypto: Will 2021 Finally Be the Year of the Bitcoin ETF?

Blockchain Crypto Market Cryptocurrency
127
No Comments
Share Tweet Share Share Pin it
The market has matured since 2018, when bitcoin ETF applications last hit a peak. It's unclear whether that's enough to see one approved. 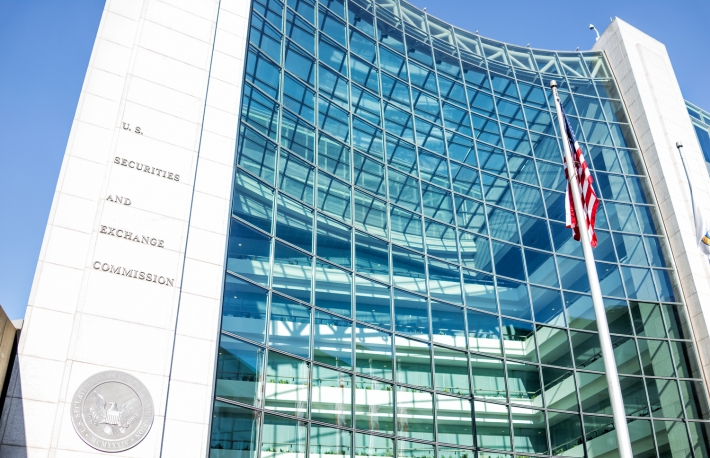 There’s been renewed interest in bitcoin exchange-traded funds (ETFs) with the nomination of Gary Gensler to head the Securities and Exchange Commission and the approval of a true Canadian bitcoin ETF. Whether one gets approved in the U.S. is still unclear.

The big news last week was the Ontario Securities Commission approved North America’s first bitcoin ETF in Canada. An ETF, which is essentially a retail-friendly, regulated bitcoin investment vehicle that can trade in popular brokerage apps, has long been a product the industry has wanted. Numerous applications have been rejected in the U.S., but the approval of one in Canada could be an early sign that we’ll soon see something similar in the States.

Basically, the idea is a bitcoin ETF would provide everyday investors with:

In short, an ETFwould let people invest in bitcoin without having to set up a wallet or trust in an exchange that might go down when market volatility rises.

There are also those who believe an ETF would help spark or continue a bull run, but considering Elon Musk can pretty much just do that on his own now I’m not so sure an ETF seems as necessary as it did in 2018.

The crypto market has matured since 2017 and 2018, when the U.S. Securities and Exchange Commission (SEC) was rejecting ETF applications left and right.

Matthew Hougan, the chief investment officer at Bitwise Asset Management (a firm that’s gone to great lengths to get a bitcoin ETF approved), told CoinDesk that the futures market tied to cryptocurrencies has grown significantly, the underlying spot markets are functioning better and the U.S. regulatory structure has evolved. But is that enough?

The main question is whether the market has matured enough to meet the requirements listed under the Securities Exchange Act, the federal law that oversees securities trading within the U.S.

Ark Investment Management CEO Cathie Wood recently told an audience she thinks the bitcoin market might need to see $2 trillion in demand before the SEC is comfortable with an ETF.

Hougan isn’t so sure, saying he thinks bitcoin’s futures market is comparable to hard wheat in size (hard wheat has both a futures market and ETFs, which is more than you can say for onions).

Some of the thinking about whether or not to file a bitcoin ETF application involves the new administration and the nomination of Gary Gensler as SEC chair. Gensler, a longtime crypto advocate who’s perhaps best known for his work on derivatives regulation at the Commodity Futures Trading Commission after the last financial crisis, is expected to be fairly crypto-friendly, at least to the degree of approving an ETF. Still, questions remain.

“It’s certainly too early to say what his view will be on crypto, whether it will be a priority, what that will do to influence the market, and I think that may even be a premature conversation,” Hougan said.

At the least, while Gensler may be interested in crypto, it’s not likely to be a priority, given many of the other issues he’ll have to address, including likely having to form a response to the market volatility seen last month with the GameStop stock pump.

The better question is what has changed over the past two years.

According to Hougan, the factors that would support an ETF approval include:

However, the SEC has used various objections in rejecting past ETF applications. The outstanding questions include:

One positive sign for the industry is last week’s approval of an open-ended ETF in Canada. To be clear, it’s not the first fund to trade in Canada: 3iq launched a bitcoin fund last year. However, this is the first ETF that will trade on a retail-accessible exchange – the Toronto Stock Exchange – within North America.

Eric Balchunas, a senior ETF analyst at Bloomberg, said on Twitter the “U.S. usually follows shortly after” Canadian regulators in approving such products, calling the approval a “good sign” for American applicants.

His guess: Late September is when we’ll see the approval, and it could see $50 billion in inflows over its first year.

Here’s what needs to happen:

At some point, the SEC would have to approve or reject the application.

So, in short, while there are positive signs for an ETF approval in 2021, nothing is guaranteed.

In other, unrelated news, last week Acting SEC Chair Allison Herren Lee published a statement ending the contingent settlement offers that could lead to the faster resolution of SEC cases. This means that cases could drag on longer for crypto companies that get caught in the SEC crosshairs. (Here’s looking at you: Ripple.)

The statement said the agency’s Division of Enforcement will no longer recommend settlements that are contingent on whether or not a company receives a waiver to act as a Well-Known Seasoned Issuer (WKSI).

These waivers had perks. In the past, they could be used as part of a settlement offer if the SEC was suing a company on securities law violations.

In other words, if the SEC Division of Enforcement is suing a company, say a hypothetical cryptocurrency-related firm, for alleged violations of the law, a settlement could have been contingent on the firm receiving WKSI status. This condition helped companies know what their penalties would be in a settlement, and what they could do post-litigation.

Lee said this leads to a potential conflict between the SEC’s different divisions.

This new policy would appear to lessen the chances of such settlements occuring in future.

Commissioners Hester Peirce and Elad Roisman pushed back against the move in a dissenting statement, writing that the previous policy didn’t lead to any structural conflicts.

Companies may be less willing to pursue settlements if they don’t know whether they’ll receive waivers to continue operating, they wrote, warning that this could lead to more time (and therefore, resources) spent pursuing cases.

It remains to be seen what incoming chair Gary Gensler will do. By the way – I’ll be talking about this case during a virtual panel hosted by the New York Financial Writers’ Association next Tuesday at 7:00 p.m. ET. Come check it out.

Honestly, not a whole lot has happened in the past week. No new nominations, no confirmation hearings scheduled yet. However, the U.S. Senate’s impeachment trial of former President Donald Trump has wrapped up, which should give the body more time to consider nominations.

Changing of the guard

If you’ve got thoughts or questions on what I should discuss next week or any other feedback you’d like to share, feel free to email me at [email protected] or find me on Twitter @nikhileshde.

You can also join the group conversation on Telegram.