Why We Should Take Dogecoin Seriously 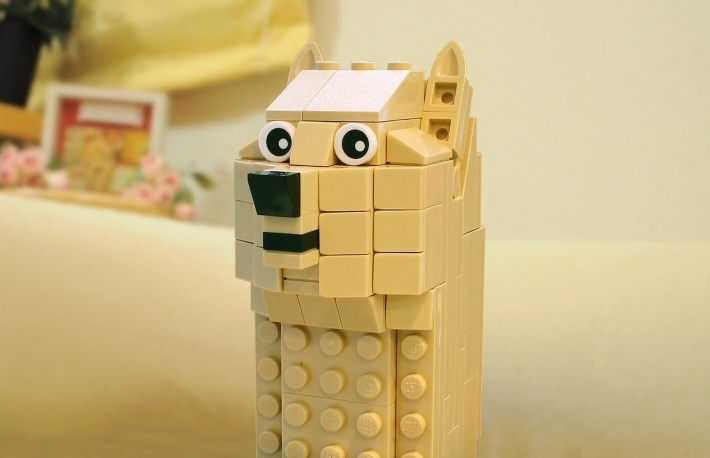 Nothing says 2021 like dogecoin, a dog-themed cryptocurrency that has recently skyrocketed in value, thanks in part to the support of Elon Musk and other celebrities. For a time it was the 10th largest cryptocurrency. Dogecoin finished 2020 at less than half a penny per DOGE, according to CoinDesk’s dogecoin price index. It now trades at or above 5 cents, putting its year-to-date returns at around 1,000%.

It may be tempting to write this off as a speculative frenzy or just a fluke, but that would be missing the larger picture. We should take note of dogecoin’s rise, if only because it reflects some of the key tensions of this moment in time.

Here are just a few things that dogecoin mania says about the world we live in now.

There is a thin line between absurdity and seriousness

Dogecoin is literally named after a dog, and is represented by a Shiba Inu. The rapper Snoop Dogg recently rebranded himself as Snoop Doge. If this all sounds ridiculous, it’s because it is. Dogecoin’s creators fully intended it for it to be a joke, and absurdity is baked into its very design.

Today, some of the more serious people in the not-always-serious crypto industry are annoyed by dogecoin’s prominence. They have spent years trying to convince people that cryptocurrency has real technology behind it, even if no one outside of the industry had the slightest idea how it worked. And now, finally, the world is paying attention. Almost every day there seems to be another brand name trying to get in on the action. PayPal. Tesla. Mastercard. Harvard. Morgan Stanley. America’s oldest bank (BNY Mellon). The list goes on, and bitcoin’s price has responded accordingly, passing $50,000 this week.

But now, you have this punchline of a coin taking up some of the spotlight that bitcoin worked so hard to obtain. What kind of message does that send to the non-crypto world?

It sends a message that we should already know: What once seemed absurd to many can become dead serious. Before 2016, much of the world saw Donald Trump as an outrageous reality TV star who had no chance of winning the U.S. presidency. They saw him as a joke, and many still do. But he still held the most powerful position in the world for four full years.

This is obviously not a perfect comparison, and the point isn’t to liken dogecoin to Trump. It’s simply to say that dogecoin “joked” its way to a roughly $7 billion market cap, and that’s real money. It also means that if DOGE mania bursts, some people are going to face some very real losses.

How does this happen? How does something that seems patently absurd become undeniably real? It’s in part because reality seems to be increasingly shaped by collective belief, rather than underlying facts.

This collective belief can prevail over more practical concerns. Until recently, Dogecoin was essentially abandoned by developers, with its last major software release happening two years ago. Others have pointed out that it lacks its own miners, which makes it vulnerable to attack. Critics will say the recent DOGE boom is driven entirely by speculation, rather than fundamental value.

Dogecoin is a sentiment-driven asset. But lately, a lot of things feel that way. Value is created by crowd sentiment and powered by the rocket fuel of social media. The most obvious example is GameStop, where Redditers joined forces to drive up the price of a heavily shorted stock. A more recent example is MarsCoin, which shot up over 1,000% after Musk mentioned it on Twitter.

Teenagers rise to dizzying levels of fame on TikTok, buoyed by the collective support of fans and the app’s mysterious algorithm. Do those seconds-long videos deserve global acclaim? Are these people deserving of fame? Maybe not, but it also doesn’t really matter. Some are becoming millionaires. This may be harmless, but less so are internet-driven conspiracy theories that don’t have to be based in fact to have real-world consequences. People just have to believe they are true.

Collective belief has always been a powerful force, but it can’t move markets on its own. What’s different now is that social media can translate collective belief into collective action at an unprecedented pace and scale. Celebrities like Musk have been able to leverage their massive fan bases to drive people to make concrete moves like purchasing DOGE and driving up its price.

People want decentralization, but it remains out of reach

The idea of collective belief is at the heart of money, and thus of crypto culture. Without a shared belief in its value, fiat currency would be little more than paper and metal. But while central governments can print money and have an impact on price, bitcoin is meant to be independent of that system. Bitcoin’s price, to put it simply, is determined by the amount that people are willing to pay for it. In the early days, that was only a few cents. Now, it’s reached over $50,000.

Dogecoin represents an ideal of what cryptocurrency was supposed to be. It is truly weird, and lives outside of the financial system. Its founders have effectively left the scene, leaving it to community rule. Big banks want nothing to do with it. It seems safe to say that it will be a while before we see a major headline featuring both Goldman Sachs and dogecoin.

Bitcoin has clearly grown up, and is gaining the respect of more traditional players. That’s good for mainstream adoption, and perhaps for the industry as a whole. But bitcoin’s maturation has also come with a degree of centralization – outsized influence is enjoyed by big investors (known as whales), as well as certain mining pools and exchanges.

Musk is a well-known fan of bitcoin and has suggested that dogecoin should become the “people’s crypto” – i.e., a democratic form of money. This taps into the zeitgeist we saw in the GameStop frenzy, which was an assertion of strength by retail investors over big hedge funds. But is GameStop, as entertaining as it may have been to watch, really going to alter the balance of power in the financial world?

Democratization of finance is hard to achieve. So it should come as little surprise that Dogecoin isn’t that decentralized after all. Musk recently pointed out that Dogecoin’s wealth is too concentrated. This claim was backed by Coin Metrics, which noted that the top 100 DOGE addresses hold 68% of its total supply, compared to 13.7% for bitcoin. Put another way, the top 1% of DOGE addresses have 94% of total supply.

Musk has tried to address this problem by urging big DOGE holders to sell, even offering to pay money for them to void their accounts. But it’s hard to escape the irony here. An unfathomably rich man pumped DOGE’s price and then complained about a concentration of power, which he offered to fix himself.

Dogecoin should be taken seriously, if not literally. Its rise is highlighting tensions that aren’t going away anytime soon. We should pay attention to them. Otherwise, the joke’s on us.