XRP hits 13-month high versus Bitcoin with 35% daily surge — But is a correction inevitable? 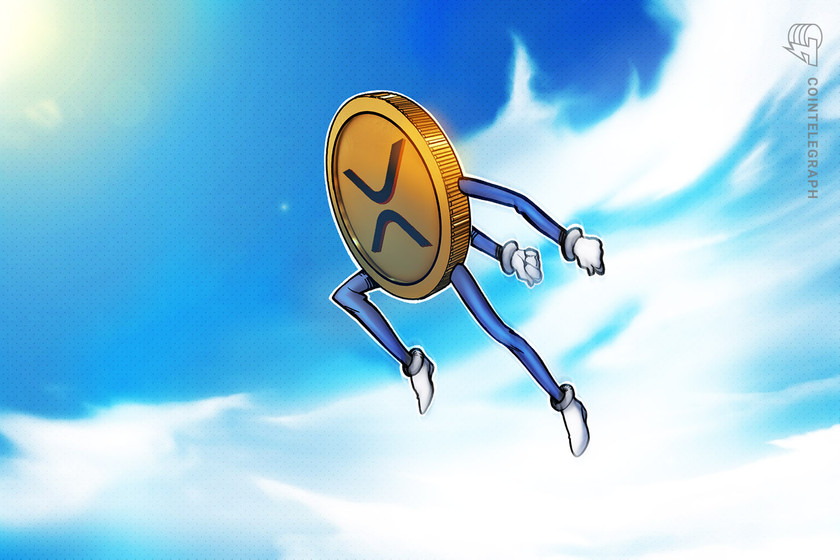 The XRP price rally appears to be driven by a “buy-the-rumor” frenzy in a potential lawsuit win for Ripple versus the SEC.

XRP price posted a sharp rally against Bitcoin (BTC) on continued optimism about a potential settlement between Ripple, a San Francisco-based blockchain payment firm, and the U.S. Securities and Exchange Commission (SEC).

The big price leaps in the XRP market started appearing after Ripple and SEC filed motions for a summary judgment with the court on Sep. 12 regarding their ongoing legal battle over allegations that Ripple committed securities fraud.

In other words, Ripple and SEC agreed that the court should use available evidence to reach a verdict by December 2022 on whether the blockchain firm illegally raised funds by selling XRP, and thus avoiding trial.

XRP’s price has boomed approximately 75% and 60% versus Bitcoin and the dollar, respectively, since Ripple’s court filing, fueled by optimism of a possible win for Ripple.

The buying accelerated further after Ripple CEO Brad Garlinghouse suggested the same in his recent interview with Fox Business on Sep. 22.

“People realize that the SEC is really overreaching and they are not following a faithful allegiance to the law in pursuit for an outcome […] The SEC has kind of lost its way.”

XRP sharks and whales buying since 2020

“Active shark & whale addresses holding 1m to 10m $XRP have been in an accumulation pattern since late 2020.”

Meanwhile, the given period also witnessed entities with over 10 million XRP tokens reaching an all-time low 70.75% of the current supply.

It appears that traders have been buying the rumor in the run-up to the Ripple vs. SEC verdict. But while it remains to be seen if this will then turn into “sell the news” depending on the outcome of the ruling, XRP’s technicals are hinting at a potential correction.

Notably, XRP has already become an overbought asset versus Bitcoin and the dollar.

The relative strength index (RSI) for XRP/BTC reached almost 85 on Sep. 23, way above the overbought threshold of 70 that typically precedes a strong price correction or consolidation.

XRP/BTC has already corrected by nearly 10% from its 13-month peak, as shown in the chart below. The pair now tests 0.00002601 as its short-term support, which, if broken to the downside, could have it test 0.00002079 as its primary downside target or a 20% drop from current levels by the end of the year.

Meanwhile, XRP eyes a similar sharp correction versus dollar after crossing paths with a multi-month descending trendline resistance, as shown below.

An extended pullback from the trendline resistance could see XRP test its near-term horizontal trendline support as its next downside target. In other words, the XRP/USD pair could drop to $0.31 by the end of 2022, down almost 40% from today’s price.