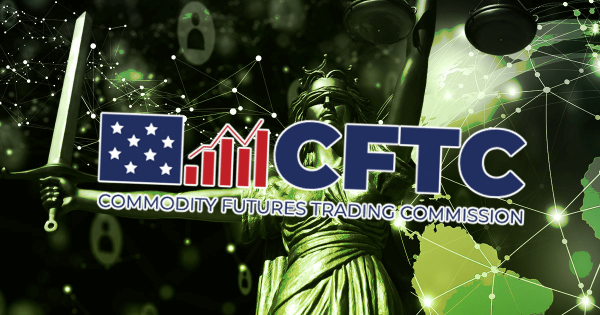 The Commodity Futures Trading Commission (CFTC) imposed a $250,000 fine against bZeroX, a blockchain trading protocol, and its two founders.

Gretchen Lowe, the acting director of enforcement at the CFTC, said that the actions were part of the Commission’s broader effort to protect U.S. customers. Lowe said in a statement:

“Margined, leveraged, or financed digital asset trading offered to retail U.S. customers must occur on properly registered and regulated exchanges in accordance with all applicable laws and regulations.  These requirements apply equally to entities with more traditional business structures as well as to DAOs.”

The CFTC found that the bZeroX protocol operated an illegal decentralized trading service between 2019 and 2021. The protocol and its founders failed to register as Futures Commission Merchants (FCMs) and didn’t adopt a customer identification program.

Tom Bean and Kyle Kistner, the co-founders of bZeroX, were held liable as the CFTC alleges that they were the controlling persons who knowingly induced the violations.

The $250,000 fine and the order to cease operating the service will not affect the crypto market in the U.S., but the verdict against Ooki DAO — which took over control of the bZx protocol in 2021 — could.

The CFTC said that the Ooki DAO operated the bZx protocol in the same manner as bZeroX and that transferring control to a DAO didn’t exempt its founders or its members from violating the CEA and CFTC regulations.

“The order finds the DAO was an unincorporated association of which Bean and Kistner were actively participating members and liable for the Ooki DAO’s violations of the CEA and CFTC regulations,” the CFTC said in the order.

The CFTC defined Ooki DAO as an “unincorporated association” and said that individual members of such an organization are liable for its debts under principles of partnership law.

“Each member of an unincorporated association organized for profit is treated as a partner of the association and is jointly liable with other members for the association’s debts,” it said in the official verdict.

A lengthy explanation of Ooki DAO’s structure under the partnership law was used to demonstrate why Bean and Kistner were still personally liable,  which creates a precedent for all future DAOs operating in the U.S.

Most DAOs operating trading and lending protocols aren’t organized in regulated structures such as LLCs. This means that its members aren’t protected from liability when the DAO fails to comply with federal law.

The CFTC defined members of a DAO as any person holding the DAOs native token. However, the order said it determined membership in the Ooki DAO by looking at token holders who chose to participate in “running the business” through voting.

Summer K. Mersinger, a commissioner with the CFTC, issued a dissenting statement criticizing the Commission’s approach to the matter.

Mersinger said that determining liability for DAO token holders based on voting fails to rely on any legal authority in the Commodity Exchange Act (CEA) and doesn’t rely on any relevant case law. She also noted that the approach constitutes blatant “regulation by enforcement” by setting policy based on new definitions and standards.