Blockchain Crypto Market Cryptocurrency
25
No Comments
Share Tweet Share Share Pin it
Terra analyst and source of several whistleblower leaks, FatManTerra, has alleged that Mirror Protocol is a: “farce designed to enrich Do Kwon/VCs while manipulating governance and screwing 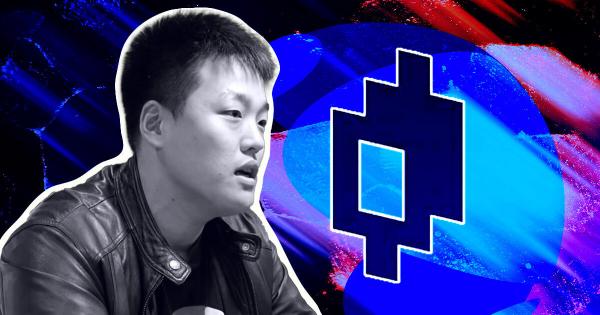 Terra analyst and source of several whistleblower leaks, FatManTerra, has alleged that Mirror Protocol is a:

“farce designed to enrich Do Kwon/VCs while manipulating governance and screwing over retail.”

The contract certainly appears to be acting as an LP pool for some protocol, but at this time, CryptoSlate can neither confirm nor deny that it belongs to Mirror Protocol.

FatManTerra highlights that this wallet:

“owned most of the Mirror LPs on Ethereum. They thus farmed most of the MIR rewards, which would allow them to have a disproportionate say in governance decisions.”

The wallet in question is listed as one of the top 20 MIR wallets, according to CoinMarketCap. The data matches with FatManTerra’s next accusation.

“I have found evidence that this wallet and related wallets try very hard to make it look like MIR governance is not majority-controlled by a single entity – they do so by splitting up MIR between several fresh anonymous wallets.”

The MIR held in the wallets identified in the Twitter thread is apparently all staked, giving them excessive voting power in the MIR governance when combined.

FatManTerra then identifies several wallets that interacted by bridging tokens across the wormhole, transferring mAssets from Ethereum to Terra, purchasing $750 million tranches of UST, and spreading MIR across multiple wallets similarly to the previously described wallets.

Again, FatManTerra alleges that someone with high levels of capital and access to LP contracts was spreading MIR tokens across multiple wallets to make the protocol appear more decentralized. The accusation is damaging to the reputation of Mirror Protocol; however, the next part of the thread changes the direction of his accusations.

Here's a fun little bonus bit. One of the addresses above (https://t.co/Dgz46MjBXU) bridged over money to this Ethereum address (https://t.co/ETy7vBUqw3) that owns the "dao5.eth" ENS name. Uh oh… What's this? (12/19) pic.twitter.com/UYF5DdBV5t

FatManTerra suggests that one of the wallets he has been tracking sent tokens to a DAO address for which Do Kwon is an official advisor. He then describes how MIR funds incorporated in this web of wallets have been transferred to Binance and KuCoin to be sold on the open market.

The accusations can be traced by reviewing the on-chain data which he claims:

“corroborates much of what the employee currently working at Jump told me.”

FatManTerra concludes the thread by saying, ” I suggest that people examine the data and draw their own conclusions wherever possible.” Links to each of the wallets are available in the thread, and the beauty of blockchain is that the information is free for the world to see.

The question now is whether these wallets can be officially tied to Do Kwon and Jump Capital as he alleges and whether FatManTerra’s unnamed sources will come forward publically to reveal more information.

The post Mirror Protocol allegedly set up by Do Kwon to scam retail investors appeared first on CryptoSlate.